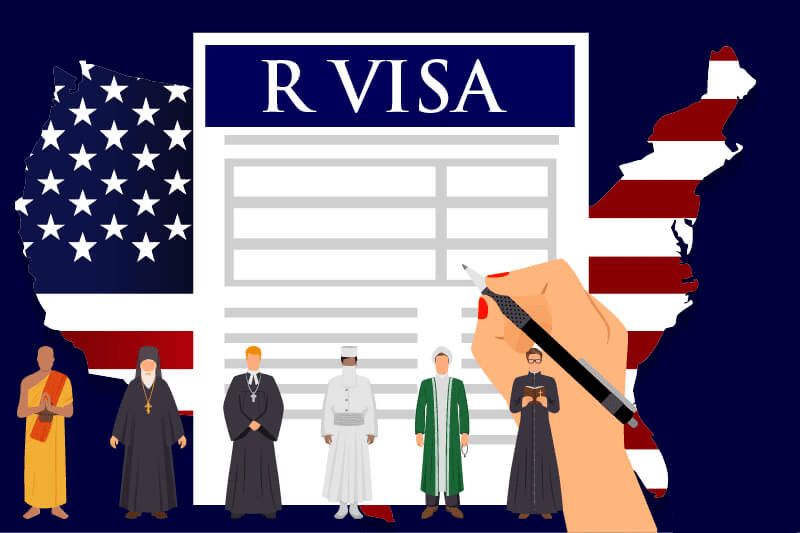 R-1 visas are issued to temporary religious workers with non-immigrant intent. The interested worker must be sponsored by a non-profit religious organization that has been present within the United States for at least two years. The petitioner organization and the immigrant must demonstrate that the worker will participate in full-time (minimum 35 hours) work in the organization per week. The petitioning organization must provide evidence regarding compensation for the position, which may include: budget, evidence of past compensation for a similar position, or verifiable documents of room and board (if it will be provided). 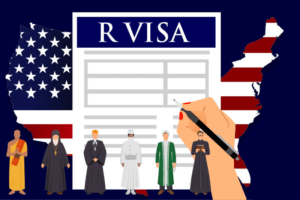 If religious activists support themselves during their time in the U.S., they must demonstrate a financial capacity to do so and this position is part of an international missionary program.

Additionally, it is the burden of the petitioning organization to provide proof of its tax-exempt status under the IRS as a religious non-profit [Section 501(c)(3)]. It is the responsibility of the religious worker to demonstrate his membership in a religious organization. Spouses and children under the age of 21 from R-1 religious workers are eligible for R-2 classification but are not authorized to accept employment as R-2 visa holders. There is currently no annual quota or limit for R-1 visas.

Download Skylex App  for information and assistance from our experienced immigration attorneys.

Skylex is а free mobile арр to find a lawyer